European cities have some of the highest levels for quality of life in the world, but the continent has significant divides in its population’s satisfaction.
While most urban Europeans say they are satisfied with where they live, those in Greece, Turkey and Italy are most unhappy, according to a survey conducted for the European Commission.
Nordic people are the happiest with the cities they live in, with all eight Nordic cities in the survey ranking within the top 15 for life satisfaction.

The survey asked 40,000 Europeans in 79 cities how satisfied they are with issues such as health services, transportation, safety, pollution and immigration.
In all but six of the cities, at least four out of five respondents said they are satisfied to live in their city.
Those with the lowest satisfaction were Istanbul, Palermo and the City of Athens.
Some 99 per cent of people in Oslo and Zurich are satisfied, while Aalborg, Vilnius and Belfast had the next highest levels of satisfaction.

Most and least satisfied cities in Europe

“Finding good housing at a reasonable price is perceived as a challenge by a majority of respondents” Corina Cretu, European Commission.

n London, nine out of ten respondents said they were satisfied with the city – a lower rate than Manchester, Newcastle, Glasgow, Cardiff and Belfast.
The report said that satisfaction with the place where people live correlates with a feeling of safety in the city.
While three quarters of those in most of the European cities said they felt safe, barely half of Romans agreed – with similar levels seen in Marseille, Istanbul and Greater Athens.
Just 47 per cent of Romans trusted their fellow city dwellers, compared to 69 per cent of Londonders.
Jobs were another key indicator for people’s life satisfaction. In only 14 cities did a majority of respondents say that it is easy to find a job – with the highest number of people agreeing in Prague, Cluj Napoca and Munchen. 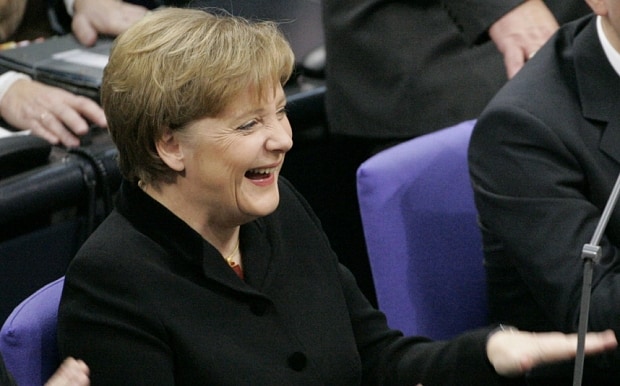 German cities were among the happiest in Europe

Corina Creţu, European Commissioner for Regional Policy, said in the report: “Some findings give a positive picture of our European cities and demonstrate improvements.
“For example, in Budapest and in Kraków, there has been an increase of 20 per cent of those who have a positive perception of public transport in their city, compared to 2012.”
However, she added: “Other findings point to ongoing problems. For example, finding good housing at a reasonable price is perceived as a challenge by a majority of respondents, and this difficulty is perceived as particularly severe in capitals. In only one city out of five people agree that it is easy to find a job in their city.”

Many people wish to move to Europe and each day you see thousands giving everything they have in order to settle in Europe.  This report shows that how some areas are much more satisfactory to many.  Perhaps this report was not considering what the new arrivals think about the new land they are going to live.
Surprisingly the harsh weather areas seem to be more satisfactory to the people and it is mainly have to do with the social welfare.  The recent economical challenges in Greece and political issues in Turkey are the key for dis satisfactory results in these region.