Britain has financial and diplomatic weapons it can use against Russia to respond to the suspected poisoning of a former spy with a nerve agent, but it is unclear how willing the government is to wield them, or that they would influence the behavior of the Kremlin.

Prime Minister Theresa May told Parliament on Monday that her government had demanded that Russia explain the attack on the former agent, Sergei V. Skripal, and his daughter, Yulia, who remain in critical condition. Lacking a “credible response” from Moscow, she said, “I will come back to this House and set out the full range of measures we will take.”

Britain’s strongest stance against President Vladimir V. Putin’s government would involve taking action both on its own and in cooperation with its allies, diplomatic and security analysts said on Tuesday.

But it is too soon to gauge how much appetite those allies have to stand up to Russia on Britain’s behalf. The Kremlin is also likely to retaliate for any measures Britain takes, and past governments have been unwilling to engage in such an escalating fight.

Though Mrs. May has not hinted what her government might do, politicians and policy experts have suggested a number of punitive actions.

The British government has historically asked few questions about where wealthy foreigners’ money comes from, helping make London a favorite place for people from other countries to invest.

Russian émigrés and investors in Britain include many of Mr. Putin’s enemies, but also some of his closest allies. Transparency International, an anti-corruption group, says it has identified more than $6 billion in British real estate bought with possibly ill-gotten wealth, more than one-fifth of it owned by Russians.

But a law enacted last year allows British law enforcement to investigate where the money for big purchases came from, and to go to court to seize assets. Experts say that aggressive use of the new law could be the most effective way to inflict pain on Mr. Putin’s inner circle.

The risk posed by such unilateral action is not just that Russia could respond, but that its retaliation would be aimed solely at Britain.

British law makes it fairly simple to hide the ownership of assets through opaque shell corporations; the multimillion-dollar homes of wealthy expatriates are often bought by such companies.

Watchdog groups say that it is too easy for people to create corporations for laundering illicit wealth, and that the government agency that tracks companies has neither the authority nor the resources to look deeply into what they do. They say that the registry of official companies is riddled with holes and inaccuracies.

“The openness and attractiveness of London is particular to London,” said James Nixey, head of the Russia and Eurasia program at Chatham House, a London think tank. “That is something the U.K. can change on its own.”

“We should publish Putin’s bank details, what we know of his property and that of his kids,” she said.

Russia has, by some accounts, more spies in Britain than at the height of the Cold War, many of them operating under diplomatic cover. Lawmakers of all political stripes have called for the government to deport many of those people, though Russia would almost certainly respond by throwing out British diplomats and intelligence agents.

In addition to expelling suspected spies, Britain could re-examine some of the other Russians it has allowed to live in the country.

Like many countries, Britain allows wealthy people to bypass the usual laborious process for getting a long-term residence visa. The deal is simple: Invest millions of dollars, and get a visa.

“The whole idea that money gives you access to state protection is quite ridiculous, quite wrong,” said Kadri Liik, a senior policy fellow at the European Council on Foreign Relations, based in London.

Critics said for years that the program was too lax and required little in the way of background checks. In 2015, the government tightened the rules, and the number of people receiving investor visas dropped sharply.

In the past week, analysts have said that Britain could restrict the program more, revisit visas granted under the old rules, and revoke the residency of people with shady histories. 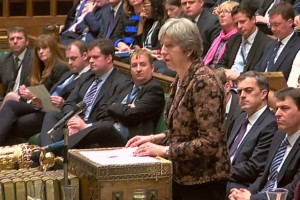 Call on the International Community

Britain can call on NATO, the European Union, the United Nations and the United States to help it take action against Russia, but each approach has drawbacks.

Since 2014, the European Union and the United States have imposed sanctions on Russia over its aggression in Ukraine, which have hurt the Russian economy, but have shown no signs of altering Russian conduct. And European countries, heavily dependent on Russian oil and gas exports, have not been eager to strain relations with Moscow further.

Neither the allegations of Russian war crimes in Syria, nor Russia’s meddling in other nations’ elections, nor the downing of an airliner by pro-Russian forces in Ukraine, killing 298 people, prompted new sanctions from the European Union. Any such action in the Skripal case would require solidarity from the European Union at a time when Britain is leaving the bloc and relations with Brussels are uncertain.

While European officials were quick to condemn the use of a nerve agent, and an attempted murder on British soil, President Trump, whose administration is enmeshed in investigations into Russian election manipulation, has made no public statement about it.

Some diplomats and security analysts have said that Britain should invoke NATO’s Article 4, which says that member nations “will consult together whenever, in the opinion of any of them, the territorial integrity, political independence or security of any of the parties is threatened.” That consultation could be powerful symbolically but might not yield any substantive result.

The provision is usually interpreted as applying to actions on a far larger scale than attempted murder, said Adam Thomson, a former British ambassador to NATO and head of the European Leadership Network. 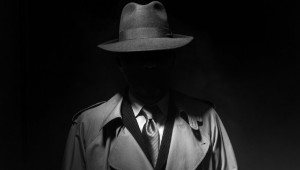 It seems that the 007 Bond is going to get busy soon!  Based on what Prime Minister Theresa has told the Parliament, Mr. Putin and his spy agency must watch out for some upcoming action.  So we thought the cold war is over……

It is sad that we cannot find peace and there must always be some challenges no matter what.  I hope some day we will have peace and do not have to fight for no reason.