Obesity is an increasing concern in the UK, with the latest figures showing that a quarter of the English population are obese. 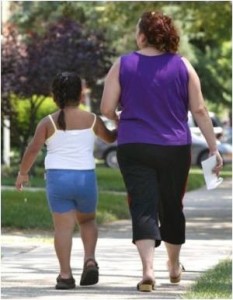 Between January 2013 and January 2016, the fattest areas in England were Rotherham, Doncaster and Halton, where three in four people were overweight or obese.

In Rotherham – the area with the most people of excess weight in England – some 43.5 per cent of people were overweight, while 32.6 per cent were obese.

At the other end of the scale, urban areas in the south of England have much lower levels of obesity.

Cambridge, and the London boroughs of Camden and Kensington and Chelsea, have the smallest shares of people of excess weight in the country.

How does your area rank for obesity?

By typing in your postcode below, you can find out the levels of obesity, overweight people and those of healthy weight in your area.

What is England’s most obese region?

England’s most obese region is the North East, which has an obesity rate of 27.1 per cent and a further 41.5 per cent of its people overweight.

London has the lowest levels of obesity in the country, with just a fifth of its people rated as obese. Just 38.5 per cent of Londoners were classed as overweight.

Compared to other parts of the UK, England has less of an obesity issue than Scotland. The NHS said that, as of 2013, 27 per cent of Scottish adults were obese, while in Wales, the obesity rate was 22 per cent.

I must remember Childhood obesity issue that cause increasing obesity statistics in the future.  It is a is a complex health issue. It occurs when a child is well above the normal or healthy weight for his or her age and height.

Body mass index (BMI) is a measure used to determine 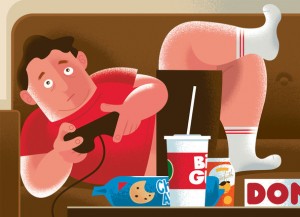 BMI is calculated by dividing a person’s weight in kilograms by the square of height in meters. For children and teens, BMI is age- and sex-specific and is often referred to as BMI-for-age. A child’s weight status is determined using an age- and sex-specific percentile for BMI rather than the BMI categories used for adults. This is because children’s body composition varies as they age and varies between boys and girls. Therefore, BMI levels among children and teens need to be expressed relative to other children of the same age and sex.

Childhood obesity is also related to