WASHINGTON/OTTAWA (Reuters) – U.S. President Donald Trump is not backing down from the tough line he has taken on trade, the White House’s top economic adviser said on Wednesday, setting the stage for a showdown with top allies at this week’s G7 summit in Canada.

The meeting on Friday and Saturday in Charlevoix, Quebec, will be the first chance G7 leaders have had to confront Trump in person since U.S. tariffs on steel and aluminum imports from Canada, Mexico and the European Union were imposed last week.

That move unleashed fury in the Group of Seven industrialized nations and prompted quick retaliation from Canada and Mexico and a promise from the EU to do so as well, unnerving investors who fear a trade war that could derail the global economy.

Canadian Prime Minister Justin Trudeau, the summit host, and British Prime Minister Theresa May, who will also attend, are among those to sharply criticize the U.S. tariffs as unjustified and punitive.

“There are disagreements. He’s sticking to his guns. And he’s going to talk to them,” Larry Kudlow, Trump’s top economic adviser, told reporters in Washington.

Trump, who has vowed to protect U.S. industry and workers from what he describes as unfair international competition as part of an “America First” agenda, is due to hold bilateral meetings with Trudeau and French President Emmanuel Macron during the summit, Kudlow said.

A French presidency official said that while G7 members would raise their unhappiness over the tariffs with Trump, they would not deliver an ultimatum that he drop them because the summit “isn’t the place where you negotiate things like that.”

The official, speaking to reporters after Macron met Trudeau for talks in Ottawa on Wednesday, said the six non-U.S. G7 nations were united on the main topics to be discussed. The G7 groups Canada, the United States, Japan, Britain, Italy, France and Germany. The EU also attends.

Trump’s meeting with Trudeau could be particularly frosty, given the president’s recent sharp criticism of Canadian trade policies and the anger in Ottawa over Washington’s decision to justify its new tariffs on national security grounds.

“I know we’re going to have some very, very frank conversations quite clearly around the table,” Trudeau told Global TV, adding he would convey Canada’s displeasure over the tariffs personally when he met Trump in Quebec.

Two Canadian-based sources said divisions between the United States and other G7 members were so great that senior officials in charge of each nation’s preparations planned to hold an unusual additional meeting the night before the summit in a bid to find consensus.

G7 summits usually end with the host nation issuing a final communique, but Canada may decide not to do so, preferring instead to release a statement by Trudeau summarizing the talks, said the sources. 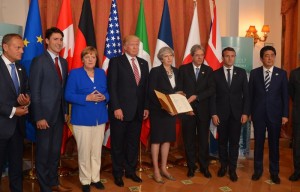 Expectations for a resolution this week of the trade dispute

Canada and Mexico already have retaliated against a range of U.S. exports and the EU has promised to do so as well, raising the specter of a tit-for-tat escalation.

Canadian Foreign Minister Chrystia Freeland, pressed about a Washington Post report that the White House was considering additional economic penalties against Canada, told reporters that Ottawa was unaware of any such move.

U.S. stocks, apart from those of steel and aluminum producers, have fallen sharply in response to Trump’s recent tariff announcements and other actions against trading partners. But U.S. shares rose on Wednesday.

Adding to the uncertainty is European anger over Trump’s decision to pull the United States out of the international nuclear agreement with Iran. European allies have urged Trump to reconsider.

The French presidency official said that if a final communique were issued, France would insist it mentioned the Paris accord on climate change that Trump withdrew from last year. France would also oppose any wording that described the Iran pact as obsolete, the official added.

Despite the G7’s efforts to coax the Trump administration away from a go-it-alone approach, some analysts now question whether Washington remains committed to basic policies that have upheld the post-World War Two international economic system.

Reporting by Roberta Rampton and David Ljunggren; Additional reporting by Jason Lange and Tim Ahmann in Washington, Jean-Baptiste Vey in Ottawa and Paul Carrel and Madeline Chambers in Berlin; Writing by Paul Simao; Editing by Alistair Bell and Peter Cooney 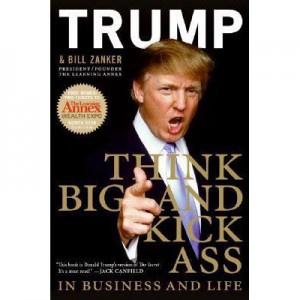 The G7 meeting is very significant as world economical power will decide on major issues that will effect our daily life.

This particular meeting may be challenging as the USA foreign policies and trading Taxes has raised anger among close allies to the USA.

But the bottom line on all these stories are about ONE item only, that is Money.  Money bring power and that is all these war are all about.  After all, money talks…..