Washington (CNN)The State Department, Department of Defense and national security adviser John Bolton all issued public statements Friday that collectively outlined a road map for implementing President Donald Trump’s decision to pull US troops out of Syria, a move the President has adamantly defended after more than a week of criticism and signs of conflict within the administration’s highest levels.

Over the course of just a few hours, both agencies and the White House national security adviser all released individual statements suggesting the administration is taking steps to initiate the complete withdrawal of 2,000 US troops from Syria despite a whirlwind of controversy. Trump’s announcement more than a week ago blindsided allies in the region and sparked a controversy that culminated in the resignation of Defense Secretary James Mattis.

While there is little evidence to suggest that the statements were coordinated, the flurry of activity amounted to a public push by the administration to present the image of a unified front amid indications that Trump ignored the advice of his top military and national security officials.

The wave of public comments also came as the power dynamic on the ground in Syria appears to already be changing as US-backed groups in the region brace for the impact of a US withdrawal, a decision Trump has justified by citing the destruction of ISIS — a claim that US officials have repeatedly seemed to contradict.

Earlier Friday, a US-backed Syrian Kurdish militia issued a statement inviting the Syrian government to retake control of an area in northern Syria from which they have withdrawn to protect it against what they described as a future “Turkish invasion.”

In what amounts to a case of “my enemy’s enemy is my friend” or one could say, a case of the lesser evil, the Kurdish militia’s move to engage with the Syrian regime after years of fighting reflects a major shift in strategic priorities set off by Trump’s announcement.

Responding to the news, Republican Sen. Lindsey Graham warned that the Kurdish militia’s alignment with the Syrian regime is a “disaster in the making” as “new conflicts between regional powers” takes the pressure off ISIS.

“Nightmare for Turkey and eventually Israel. Big winners are Russia, Iran/Assad and ISIS,” he tweeted.

US envoy in ISIS fight, Brett McGurk, resigns over US withdrawal from Syria

CNN has previously reported that Trump’s decision caught allies in the region off guard, but Friday’s statements from State, Defense and Bolton insisted that the administration is already working with key partners to coordinate a safe withdrawal of US troops and an effective hand off of security responsibilities.

Hours after the statement from the Kurdish militia surfaced, Bolton tweeted that he plans to travel to Israel and Turkey in next month to address the “next phase of the fight against ISIS, as the US begins to bring troops home from Syria,” an announcement that was seemingly intended to reassure critics like Graham.

“Looking forward to visiting Israel & Turkey in January. We will discuss our continued work confronting security challenges facing allies & partners in the region, including the next phase of the fight against ISIS, as the US begins to bring troops home from Syria,” Bolton wrote.

Shortly after Bolton posted his message, the State Department released its own statement reaffirming US support for Israel’s right to defend itself “against Iranian regional actions that endanger Israeli national security and the safety of the Israeli people.”

While the statement did not explicitly mention threats originating within Syria, it includes repeated warnings directed toward Iran, a country that is widely viewed within Israel as one of the major beneficiaries of Trump’s decision to withdraw US troops.

Russia, Turkey ‘reach understanding’ on Syria after US pullout move

Senior political and military figures in Israel have also sharply criticized Trump’s announcement of a military withdrawal from Syria and some have derided the move as an American surrender. Critics have also blasted the US for deserting its Kurdish partners who have assisted in fighting ISIS.

During a visit to N’Djamena, Chad, last Sunday, Macron said, “Being allies means fighting shoulder to shoulder, and so an ally must be reliable and coordinate with other allies.”

“Concerning our American allies, I deeply regret the decision taken in Syria,” he said.

The State Department on Friday sought to publicly reiterate its support for Israel after days of backlash, saying in a statement that “the commitment of the Trump Administration and the American people to ensuring Israel’s security is both enduring and unshakable.”

Shortly after the State Department released its statement, the Defense Department posted a tweet defending the withdrawal of troops from Syria as “deliberate, well thought-out, mutually supportive.”

“The next phase of US support to the #Coalition’s operation in #Syria is a deliberate, well thought-out, mutually supportive, and controlled withdrawal of forces while taking all measures possible to ensure our troops’ safety and protection. #DefeatISIS,” a tweet from the department’s official Twitter account read.

It was a message that stands in stark contrast to the drama that unfolded at the Pentagon just more than a week ago when Mattis resigned after the Syria troop decision, writing in a departure letter that the President deserved a military chief more aligned with his worldview.

His replacement, a former Boeing executive, has scant foreign policy or military experience.

On Wednesday, Trump defended his decision to pull troops from Syria by again citing the destruction of ISIS during a holiday visit to troops in Iraq, his first visit to a war zone since becoming President.

“They said again, recently, ‘Can we have more time?’ ” the President recalled during a roundtable discussion with military and civilian leaders. “I said, ‘Nope. You can’t have any more time. You’ve had enough time.’ We’ve knocked them out. We’ve knocked them silly.”

“A lot of people are going to come around to my way of thinking,” Trump predicted.

The latest move of President Trump has surprised many in the world.  But one thing is for sure that, President Trump has kept his promises since he had promised to the American and the world that USA is no longer the police of the world  I also believe president Trump has made this decision based on some agreement behind the curtain which people do not know…..These type of decisions are not randomly made and I strongly believe it is well calculated.  It is like playing a Chess game.  People may think this was one of those crazy decisions made at the white house but CIA does not make such mistakes.   It has all been calculated….. 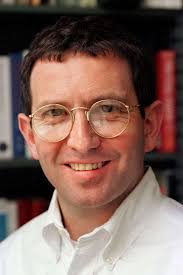 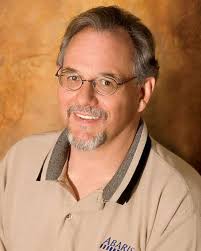 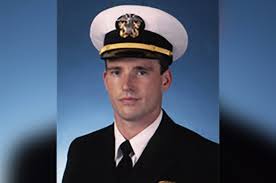 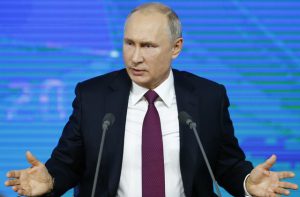