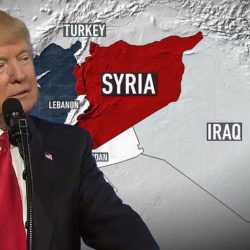 Washington (CNN)The State Department, Department of Defense and national security adviser John Bolton all issued public statements Friday that collectively outlined a road map for implementing President Donald Trump’s decision to pull US troops out of Syria, a move the President has adamantly defended after more than a week of criticism and signs of conflict[…]

Washington (CNN)2016 was the year where one political controversy or another was always around the corner. But 2017 promises to be just as unpredictable. For most of 2016, Donald Trump had only his own personal credibility in his hands as he campaigned for the presidency. Now that he has the prize, his decisions and conduct[…]